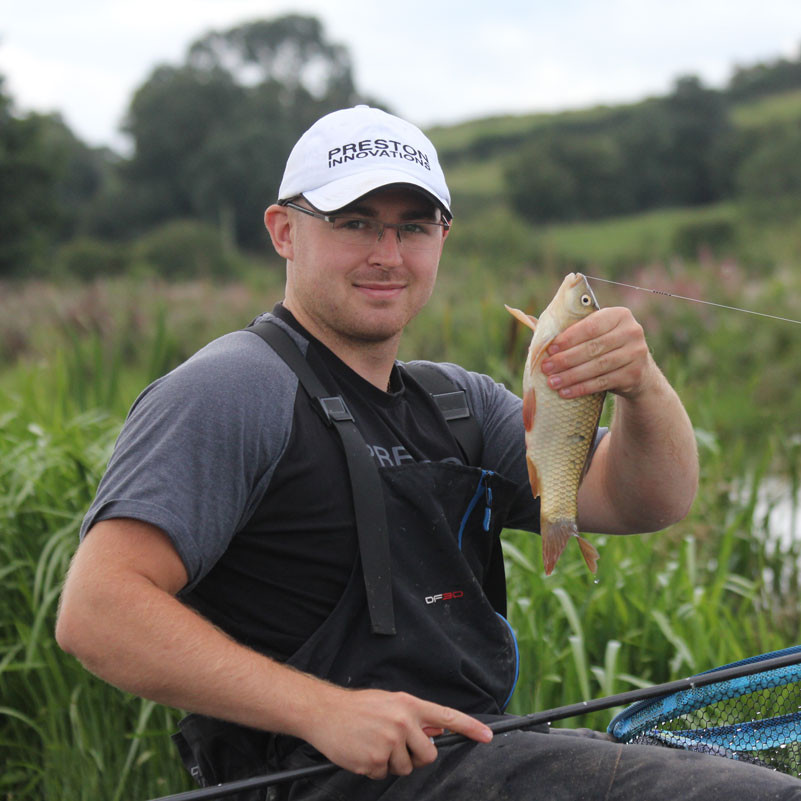 I began fishing at around 9 years of age, initially I would spend hours on end down the local Staffs & Worcester Canal before gradually moving onto commercials as i got older. I didn’t actually start match fishing until the age of 14 but i quickly progressed as i won the club aggregate in my second year with a few rounds to spare. I then gradually moved onto the open match circuit with the help of Simon Christian who I owe a lot of my early success too.

At age 16 i joined the mighty Maver Tipton where i enjoyed some fantastic results. Age 18 i was asked to join Maver Midlands, this is where I quickly progressed as at the time the team was a force to be reckoned with, we enjoyed a number of team and individual successes on variety of venues. It was at this time that i began fishing the Angling Trust Intermediate nationals, this was a fantastic period of life as for 5 years we dominated the nationals winning four gold medals and one silver. We had a fantastic team, some of who are now England internationals!

During this period, I also qualified for the Fish'O'mania final at the age of 20, sadly the draw wasn't kind to me and I didn't catch a lot! After this I have enjoyed lots of success on a variety of venues. Recently I made the move to do a little more feeder fishing during the summer months with some great success, I just missed out on making the Feedermasters final in 2019 twice by finishing 2nd in zone!

2020 i plan on trying to make one of the major finals and improving on some other aspects of match fishing.